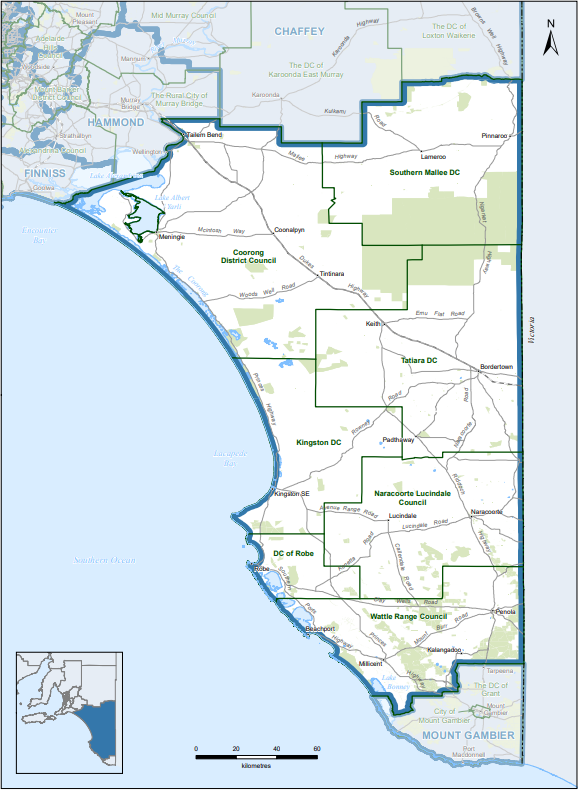 The electorate of Mackillop was named after Mother Mary MacKillop (1842 - 1909) who founded the Institute of the Sisters of St. Joseph in Penola in 1866. Her work, and that of the many nuns since her passing, has contributed to the welfare of thousands of South Australians by educating under privileged and isolated children in harsh times and caring for the sick and needy. Mother Mary MacKillop became the first Australian to be canonised on 17 October 2010.